The weekend’s fast approaching and since I’ve been hitting the sauce less and less, it’s got me thinking more about food. Working out 5-6 days a week can make a person pretty hungry – and every once in a while, we all need a “cheat” meal. So this For The Weekenders I thought I’d change things up a bit and share some of my favorite cheat meals with you all. Enjoy. 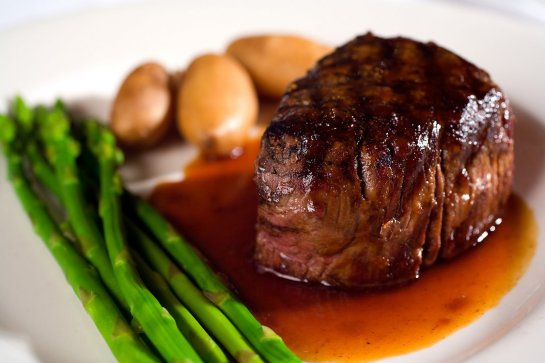 In travelling, there’s one thing you learn….food is awesome….and abundant. After a while, the phrase “I don’t like [insert food/ingredient here]” becomes non-existent. Because you quickly realize that there are TONS of ways to make a meal. I’ll try almost any dish once.

One food in particular I fucking love is Korean. Tried it in a few parts of the world until I finally tried it in South Korea. Then I caved and got a cookbook (the only way I know how to cook..don’t judge). Word of advice – if you ever wind up in Seoul or Busan or anywhere in South Korea for that matter – definitely, definitely try their food. Don’t stick to Western places – you’re missing out on a lot.

Now that that’s out of the way, there is one place in particular I strongly suggest you check out for some decent “junk food.” Located both globally and in the states it’s one of those go to spots you’ve gotta try at least once. If you’re a fan of fried chicken (the most consumed item during the Superbowl among others), you’re in for a treat. 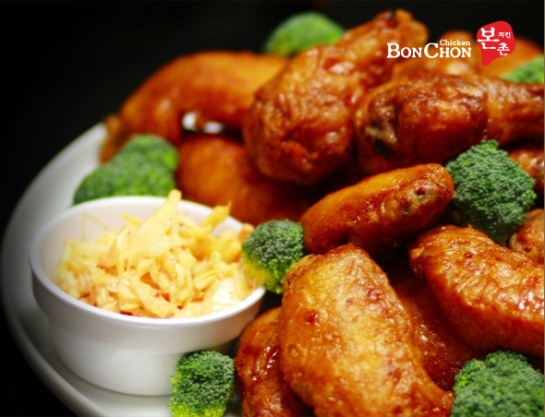 Because BonChon chicken delivers when it comes to a classic favorite. What makes BonChon stand out from the rest? The founder made sure the fried chicken coming out of his kitchen had a unique and original flavor. So what do you do when you roll up to the counter and aren’t sure what to order? Allow me to assist: 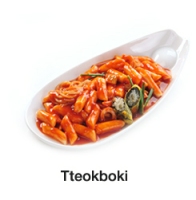 1st Grab some friends. Then start with some Tteokboki – it’s pretty much rice and fish cakes that’ve been stir fried to perfection then slathered in a spicy korean sauce – and just a touch of mozzarella to top it all off. You’re not going to want to share this, so make sure you order enough. An order of Stella Artois is also a must.

2nd This is where it gets serious. Ironically, I’ve never been one for meat on the bone – but with BonChon I’m willing to make an exception. You’ve got three choices – wings, drumsticks, and strips. Go for the strips, or pick your own favorite. Then pick your size – as in, how much you want. It’s the weekend. You’re surrounded by hungry friends – friends you work out with, and probably eat just as much as you do. Grab the XL – you’ll thank me later. Then select a sauce – you can’t forget the sauce. Soy Garlic if you like it tangy, Hot if you’re a masochist. If you’re not in the mood for BonChon’s chicken (you crazy bastard), try out the Bulgogi. Pretty much a hot plate with ribeye beef marinated to perfection alongside some steaming veggies. You’re welcome.

3rd Don’t forget the sides and salads. I’m serious – don’t forget the salad – you need your micro-nutrients. Try out their seaweed salad and of course, not Korean dish would be complete without kimchee or daikon (pickled radish) – the latter comes complimentary anyway, though.

From there it’s just sitting back and savoring the explosion of flavors you’ve just encountered. Your taste buds will thank you and BonChon will officially be your new go-to spot for mouth watering wings. 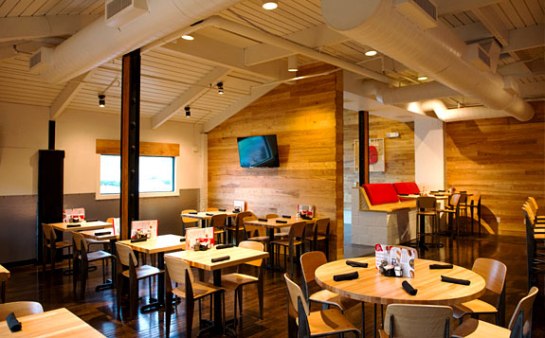 If you filled up on BonChon and then decided to hit the town to see what parties are going on, I can guarantee after drinks and hours of dancing you’re gonna work up an appetite again. If that’s not the case, the next place is still a great excuse to carry on conversation if you’ve met someone “interesting” and don’t want the night to end just yet.

Skip the fast food chains for late night breakfast – there’s no dignity or class in going there – instead become a part of The Breakfast Club at Stir It Up Midtown. 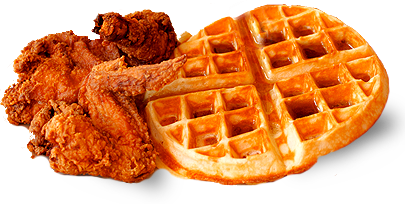 Even if wings and waffles aren’t your thing or you already had your fill of chicken for the weekend, they’ve still got other great selections like Spiced Shrimp with Coconut Grits, Callaloo & Saltfish, and more. Plain and simple, The Breakfast Club over at Stir It Up is unique because it’s only server Saturday and Sunday mornings during the wee hours – 2 AM to 5 AM.

Personally, I like the spiced shrimp with coconut grits – it’s warm, it’s filling, it sticks to your ribs. If you and your friends or that certain someone still wanna ride the buzz but get some food to absorb the alcohol, make sure you get there before 3 AM while they’re still serving alcohol. If you just wanna prevent having to nurse a hangover the next morning, it’s fresh squeeze breakfast beverages between 3-5. To top it all off, breakfast isn’t the only thing they serve…

Stir it Up also has an excellent regular menu that’s a mix between home style dishes with restaurant appeal. It’s a midtown Caribbean place that knows all about what the stomach wants, even when you yourself aren’t sure. Even with late night eating, you shouldn’t settle for less. Georgia never seizes to amaze me. 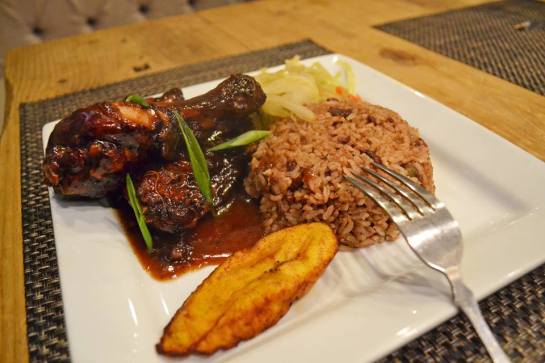 Now for the real cream of the crop. It’s Sunday. You’re all partied out, and going through that weekly “detox” phase. Water, vitamins, fruit smoothies (don’t judge), cardio, you know the drill…but at the same time, you’re getting the “itch” to finish off the whole thing with a bit of a bang. By yourself, with friends, or a date, it doesn’t matter. you just want something magnificent before you get back to eating clean the rest of the week, and goddammit you want steak.

Cue Hunter & Tails. Your one stop spot for steak and bourbon….and I’m not talking about your typical, what-the-fuck-is-in-this-thing steak either. I recommend Hunter & Tails because it’s the perfect cheat meal – for starters, they buy from farms that believe in real food – not hormone pumped or GMO infested steroid type foods. 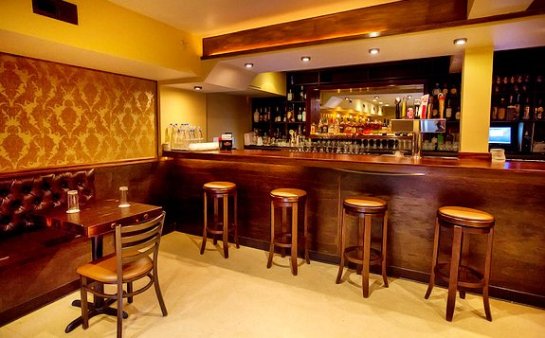 So when you sit down and order their 21 Days Aged Grass Fed Steak, you can rest assured you’re getting steak – and not an unhealthy combo of chocolate bars and potato chips with a little bit of meat (seriously, the mass majority of beef is fed with that).

If you’re not a fan of red meat they’ve been clever enough to come up with a vegetarian alternative as well, but I do urge you to try the Bang Mussels as a starter at least. Might as well add a decent wine to the mix, too – Steltzner Claret should get the job done…but don’t leave without first trying their Old Fashioned – can’t go wrong there. Head home, wind down with some mellow music and toast to a weekend well played.

For The Weekenders: Korean Wings, Post Party Breakfast Clubs, Sunday Steaks & Whiskey is a post from and first appeared on Rego’s Life