….So I go to write my Episodic Musings for this Monday and realize somehow I set this post to private *facepalm*…sorry guys. I kicked off this one with a longer than usual intro place – but it’s well worth the read. Enjoy.

Last weekend at my friend’s birthday bash, I danced my ass off…and it got me thinking about my days in Asia – so I thought to myself, “what’s an ace place for a drink and shuffle?” – this is where Socialito came to mind.

As you all know by now I’m alllll about aesthetics – and this place tops the charts.

So picture the setting – you’ve gotten the travel bug itch and find yourself in Hong Kong – Wyndham Street in Central, to be more specific. After taking a walk around town, while both practicing and successfully putting into good work your study of Cantonese, you now find yourself walking with a good group of people you’ve managed to befriend at a bar in passing – along with a certain someone who’s caught your attention in more ways than one. (*wink*). You’re all wondering where to head to next – and suddenly you see it – Socialito, in all it’s magnificent glory with a queue to prove it’s reputation. 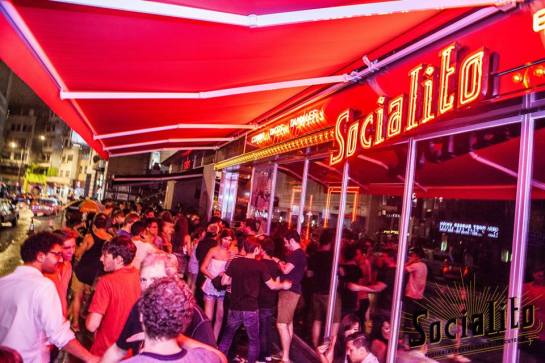 Finally making it through the queue you step inside to a world of awesomeness – great food, numerous people enjoying themselves, and enough alcohol to go around an entire country. Looking over the menu, you and your group decide to sober up a bit before the next round of drinks – and order up scintillating dishes such as house made Chorizo Quesadillas  and BBQ Wings – not a fan of poultry or red meat? That’s okay…they also have cod fritters.

Then you realize – with all that food, you’ve gotta have a chaser. Something smooth, but not too smooth – it has to have a kick, memorable enough to recall every time you pour a cold one from your own cocktail shaker back home. So you browse the drink menu, and come across the Mexican Campfire – no explanation needed. I’m a fan of drinks such as these myself – and like a friend of mine once asked in uni – “do you ever buy any drinks that aren’t on fire?” – the only response worth giving, is a smile and wink. 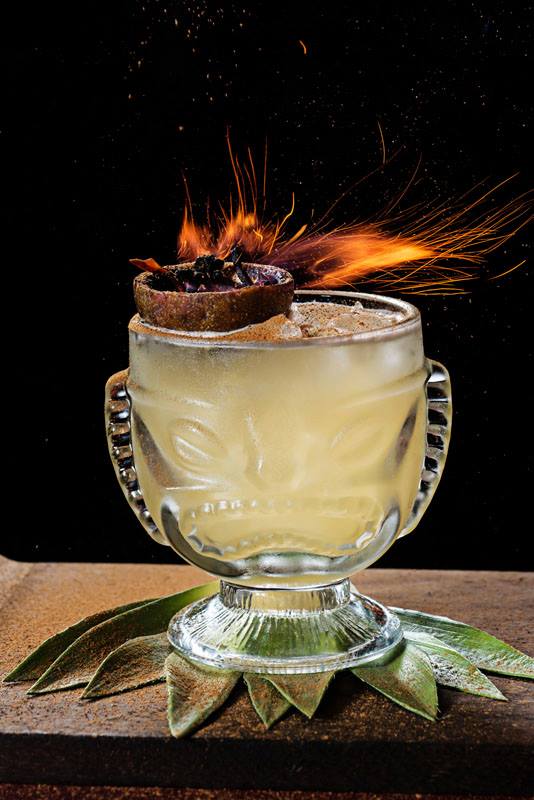 Don’t be fooled – from the front entrance Socialito may look like just a normal restaurant – but shuffle through the kitchen and you’ll discover a dance floor and DJ booth worthy of only the best, such as DJ Ruckus. Walk up to the bar and order a round of shots for your newly found acquaintances and your date for the night, as you casually say “it’s alright guys, this round’s one me.”

Make your way over to the dance floor, feel the beat of the bass from the bottom’s of your feet to the top of your head, and dive into the night – like any good venue, group dancing is acceptable and expected. So go ahead – shake a leg – you deserve it. 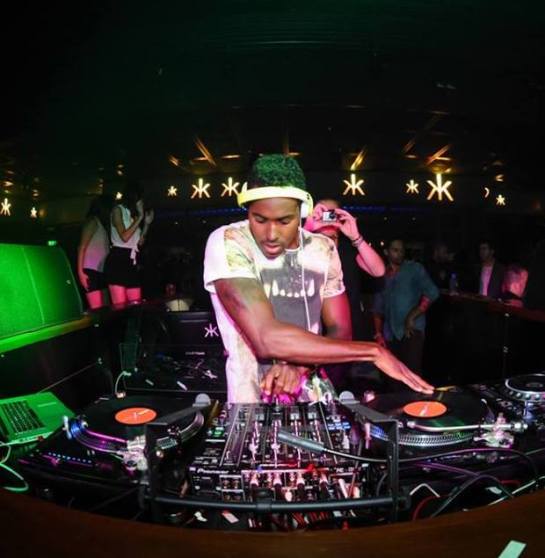 Had enough dancing and ready to just lounge around in the sun, but with a bit of class? Well, there’s a fix for that….and believe it or not, it can happen in Cuba. That’s right my friend, Cuba. So for all you Americans, you can once again, thank the guys at Abercrombie & Kent for making it happen. How do they do it? Well, “on the record”, it’ll be like you’re going on a foreign exchange program.

You catch a flight from Miami, and arrive at Santa Clara Airport in Cuba. From there, you meet up with your tour guide – and I know, as anti-tour guide as I am, believe me it’s worth it this time – and take a scenic drive to Caibarién – a refreshing fishing village where the locals explain their daily routine. 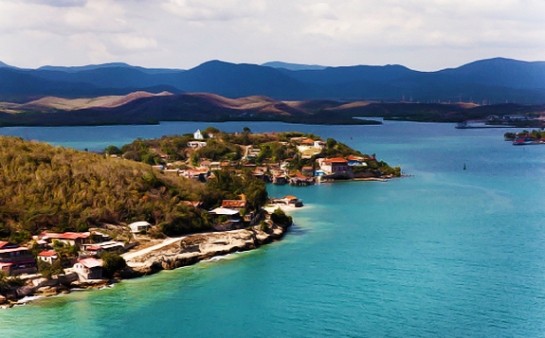 You keep going until you check into your hotel, and prepare for the next 8-9 days – which will be involving fishing, taking in the fine arts, cigars, and numerous other things that’ll give you an excuse to bring three SD cards for your Digital SLR. You’ll engage in conversations with local fisherman, revealing how the industry has an impact on the community…which’ll be followed by a visit to the Sugar Museum, housed in the historically important Marcelo Salado Azucarera (sugar mill), that will educate you along similar lines.

After the history lesson your brain will probably be frying with the tremendous intake of info, so you’ll stop at El Curujey for an authentic Cuban farm lunch to refuel, before you head to Remedios for a spot of baseball with the locals at their local stadium. After all that food, resting for 90 minutes prior to jumping into the game is advised – stretching too.

Off the record you’ll be practicing your Spanish and befriending the locals with good food, good music, and better drinks. This doesn’t mean you can ditch the 10 day tour – no, Abercrombie & Kent went through great lengths for their clients to enjoy their stay in Cuba, so going through the ropes of the educational experience in mandatory – and advisable. Remember – the only real way you get to enjoy and come to know a country is by learning about both its history an culture, simultaneously. Do that, and the experience will be more memorable and closer to home than just going there to party your ass off. 😉

So push aside the hangover from the night prior, fast forward to Day 8 and push on with the tour as you take in the sights and smells of a botanical farm while talking to the owners who discuss their continuous efforts to educate today’s kids about organic farming. After all – who wants their kids growing up thinking that all groceries just come from the grocery store (W.T.F.). After, meet back at your hotel with a local physician as he gives you the 411 on Cuba’s public health care session followed by a Q&A. From there, take a load off and relax by the pool – you won’t wanna miss it.

Now that the hangover’s fully cleared and you’ve relaxed with a swim sesh and detox at the gym, it’s time to press on to Day 9 – you’ll check out the “yank tank,” while driving it to historic Hotel Nacional, a national monument built in 1930 and overlooking the Malecon (seaside promenade) and Havana Harbor.

From here, you’ll be enjoying a Buena Vista Social Club-style music and a traditional dance performance, sponsored by the Cuban Institute of Music. After the show you’ll want to (and will be encouraged to) talk with the musicians, getting into deep conversation with them and unearthing what makes them “tick,” and what first got them into music in the first place. Take notes and numbers, learn plenty and befriend many – because Day 10 it’s back to the airport. 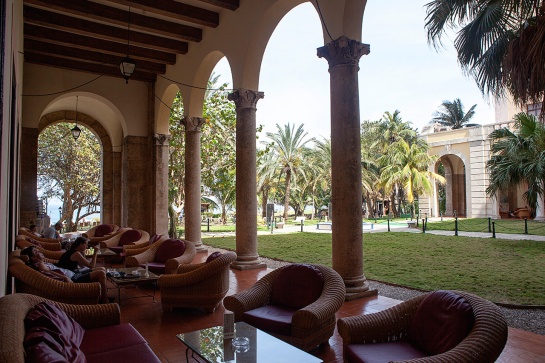 So you’ve touched down in Miami International Airport…but your travel bug hasn’t been satisfied just yet. “Well damn,” you think to yourself…”where to next?” Then it hits you – Siberia. Yes…after all that lounging, you want something adventurous, something rugged, something new – as if these past three weeks haven’t been new already. Well, get your steel toe boots ready, because it’s next stop: Petropavlovsk-Kamchatsky Airport.

We’re not talking about visiting the hellishly cold Siberia you’ve seen in films and photos, naa…I wouldn’t be that cruel to you guys. Instead, we’re merely talking about volcanoes….and helicopters…maybe some whales – and a couple bears. Okay I lied – a few bears. Wait though – before you say “no thanks” and start off on your transfer flight to wherever, hear me out: helicopters – diving into volcanoes –

Did I mention they’re live volcanoes?

Before all this though, it’d be a good idea to get acquainted with your sleeping quarters – aka lair, if you wanna get fancy and feel a little like you’re in a Bond film. With accommodation where the sun rises up from the Pacific Ocean and greets the summits of smoking volcanoes – you can’t go wrong. Surrounded by epic landscape, we’re talking the epitome of luxury meshed with the ruggedness of the wilderness. They understand that a city slicker like you may be a little soft though – which is why they offer soothing spa treatments with the healing thermal waters of Kamchatka to compliment that insanely sick room of yours. 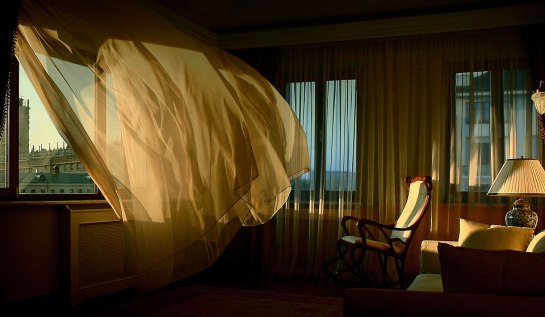 But enough pampered talk and back to the main subject at hand – volcanoes. Once you’ve seen enough fiery acid spewing at hundreds of feet, you’ll take a 6×6 (yes, not 4×4) tour of a second volcano – and then climb it….all that leg work and sitting on the edge of your seat is bound to work up an appetite – and the guys at 56th parallel have taken that into consideration. So you’ll be provided with a private chef who’ll be joining you on your fishing voyage – and then cooking said fishing voyage bounty right in front of you. Don’t feel bad – it’s not Nemo – just halibut.

No fresh meal is Siberia is complete without quality vodka – it’s Russia – you’re allowed to be a little cliché.

Just be sure to be sober enough to head into the wild with an armed-ranger, who’ll be teaching  you to sneak up ninja style on near 1 ton bears and watch as they feast endlessly on salmon at and near Kurilskoye Lake. Having lox and bagels for breakfast is ill-advised and breath mints are encouraged. 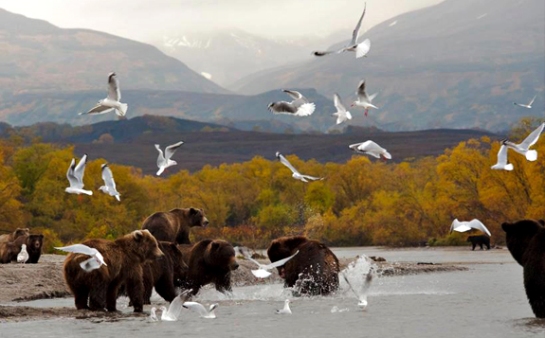 A little adventure is always a good way of staying young. 😉

For The Weekenders: Dancing in Hong Kong, Vacations in Cuba, Helicopter Volcano Diving in Siberia is a post from and appeared first on Rego’s Life

11 thoughts on “For The Weekenders: Dancing in Hong Kong, Vacations in Cuba, Helicopter Volcano Diving in Siberia”