Secondly, I hope everyone had a great New Year’s Eve – I can certainly say I did. This For The Weekenders I thought I’d try something different from the usual pace…you know how it is – upscale lounge bars, jet set destinations, and the like…most of my readers know by now I’m not really into divey bars or anything. Though I have a small confession – a few places were able to capture my attention – call them the kind of hot spots that walk the line when it comes to aesthetic appeal and quality. So here’s the rundown on 3 places that are for that night when you just wanna go casual. Enjoy.

There’s a point in your natural adult life where going to the newest, most modern late night hot spots can get a bit, well, monotonous…you know, the same crowd, the same drinks, the same music. Sometimes it’s nice to have a change. Something where you know for a fact someone can’t really say “I was there last week too! Where were you?” Good news…Crane’s Downtown in Los Angeles serves up just that.

…with a vault entrance saloon. Yeah. We’re getting original.

What’s the best part about this place? You wouldn’t know it exists because it’s underground. In a safe. That was once part of an old bank (obviously). The owners who bought the place decided to get creative and lo and behold – Crane’s Downtown was born. Though they don’t have a website, which they seriously should in my opinion this place is too good not to have a huge web presence (call me, I’m here to help.), don’t let that stop you from checking them out.

Why? It’s a mix between dive bar, saloon, and an upscale joint. While the three descriptions being fused together sounds odd, it’s actually a better combination than one would expect. It’s cozy. It’s vintage. It’s unique. The price is right. It’s friendly. It’s everything you could ask for. What are you waiting for – get your arse down to Crane’s Downtown this weekend. You’ll love it (and thank me later.)

Since we’re on the topic of saloons and all, might as well bring to light another great place that mixes a nice modern but gritty feel together…but this time with extreme sports.

I won’t lie – I wasn’t always a city slicker…for a good part of my youth I lived in the country – I’m talking about country so far set in the woods the nearest, “proper” grocery store was 10 miles out and your closest neighbor farther than shouting distance. I learned about cars, wild life, and the joys of target practice….though somehow I could never get into country music. That’s another story though – the bottom line is, there’s one thing in particular that always fascinated me – bull riding. Fortunately, there is a place that can satisfy my secret shame, where no one’s to judge.

I call it “country pleasures for city dwellers.” – A title in progress, but *shrugs*…

It’s pretty straight forward – there’s a bar. There’s a grill. There’s fire pits. There’s bourbon. Then there’s a mechanical bull that’s just waiting to take down it’s next contender – equipped with an on board camera to capture the look on your face as it tries to throw you. Go ahead and send a thank you card to PBR Rock Bar. What does PBR stand for exactly? Professional Bull Riding. Yeah – these guys mean business.

Here’s what I recommend – make a reservation. You’ll need it with the crowd and all. You’ll also need some quality booze and food – the food’s for after the bull ride. Knock back a few glasses of bourbon on the rocks (try for American Honey), and make sure you’ve got proper riding attire – sturdy denim and proper boots are a must.

Hopefully you’ve trained for this so you can impress that date you brought along and possibly hustle a few of your city friends who never knew you had an interest (or skill) for such things…then get out there and grab your short moment of attention and fame. If you came out alright, my guess is that date of yours will have a cold one waiting for you…among other things.

Let’s…let’s just replace that with a Dos Equis though. There’s some things I just never could get used to.

Strut past your friends while you’re at it and collect that nice $300 or so pooled bet money and order yourself up a nice meal for the appetite you worked up while showing off your sheer awesomeness to the world – or at least most of Las Vegas…and hey, maybe if you’re daring enough after about 3 or 4 glasses of bourbon, you can even get into singing “Save a Horse Ride a Cowboy.”

I’ll leave that one up to you though… 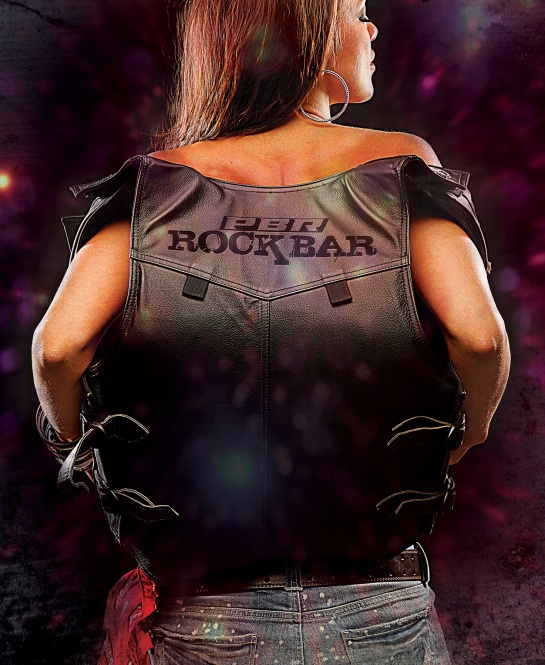 After all that I’d say you’ll pretty much work up a sweat.

Might as well not stop there and keep going – though your mother may have said never air your dirty laundry, I think you can make an exception – this is a different kind, the type that’s a whole lot more fun. Might as well finish off that weekend right with a little place back in L.A…

Following the rough and ready style weekend I think this is a great place to kick back and wind down…known for it’s early 20th century look and feel, it’s one of those places where you know you’re some place nice but don’t have to necessarily dress for the occasion – and really, what’s better than that?

This one changes the station on that radio you have there though – Dirty Laundry (that’s the name of the place, by the way) switches to rock and hip-hop for music while keeping things interesting with their various and peculiar but eye catching décor, you’ll feel like you’re in a film intended for the modern but brilliantly mixed up kind of crowd that gets you wanting to join in all the fun. Be prepared for hot people…you’ve gotta appreciate the plethora of hot people…and drinks. Gatsby himself would probably be seen slipping into a place like this once or twice in his day.

For The Weekenders: Saloons, Bull Riding, and Dirty Laundry… is a post from and appeared first on Rego’s Life