Rain…this week has just been all rain. Booo. Usually, before the weekend or whenever I have an outing scheduled, I like to take time and commune with the car gods…by giving my ride a careful, detailed, meticulous wash. It’s a bonding process – often one that’s quite therapeutic….but with this week’s rain, it’s been near impossible. Every time, the minute I chose to throw on a pair of sandals and head outside, it would start raining. I won’t lie…it’s been a bit…*shrugs* depressing.

However…for all of you who live in ATL – that’s Atlanta, by the way – it doesn’t have to be so. Instead, you could take all that water – and fly. Literally.

I’m talking about Flyboard Atlanta. If you’ve ever wanted to fly like Superman, Iron Man, and Green Lantern – or maybe swim like a fish and do flips like a dolphin, this is your go to spot. The “system” is comprised of a jet pack, fueled by powerful streams of water – the water is supplied via the lake – more water, means more fun. More fun, means better stories to tell later.

So what do you do…? Well, you book a group session, grab a group of friends and some swim gear, hop into an FJ Cruiser, and head over to Aqualand Marina. From there you meet your instructor, Bryan. Swell guy. You proceed to listen faintly to what he’s saying, only to stumble and nod enthusiastically trying to recollect all of what he really did say as he asks you if you got all that…while you watch in amazement others doing back flips and dolphin dives like they’re Flipper.

Both single and group sessions are available, but initially this is the kind of activity you want to do with friends. More fun, more memories. So while you’re at it, join their club, and grab yourself some free flight time. My advice? Take a friend who has a steady hand and buy a waterproof video camera that doubles as a camera . You’ll want to show this to all who missed out.

Not much of a water fan and believe it’s best enjoyed in its gas form aka ice and at the bottom of a Collins glass? I’ve got just the thing for you…but first I have to ask – totally random but completely related – remember that age-old question that’s been bothering mankind since the beginning of its conception – “what came first – the chicken, or the egg”???

Well this weekend you’re going to be asking something along very similar lines…when you step into a lounge…that’s also a restaurant…that’s also a tapas bar…and also plastered in vinyls. I myself have asked this question, wondering if the owners initially started with the idea of setting up a record shop – only to realize that such a niche market is better complemented with great booze and proper food. Vinyl Chicago, hands down delivers in every department. 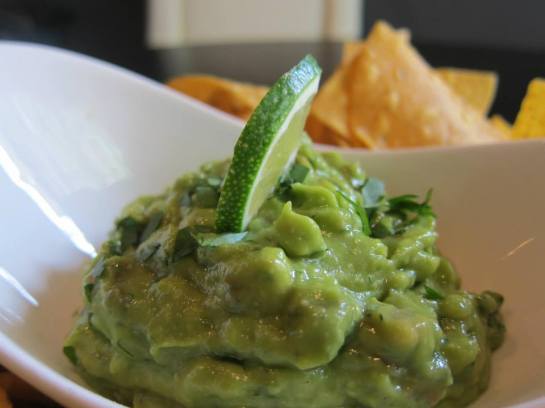 Like this proper guacamole – house made…putting the $h!t you get pre-packaged in a store to shame, every time.

The place is literally dotted with choice vinyls, and really, what classic 33 would be complete without its cover? On top of that, these guys really know how to complement the scene with memorable guitars, exceptionally good music…..and a DJ booth.

A great place to head to solo, with a certain someone, or a group of friends. So sit down, have yourself some food from their outstanding varied menu, and kick back and relax to the sounds of Marvin Gaye, Prince, or even Grateful Dead. Mantovani? Yes, please.

But let’s say you can’t get a flight out to Chicago or even Atlanta to try out all this insanity because of the rainy weather, what next? If you’re in the Miami area, you decide to make mini golf fun – and try your hand at it in a museum. I know what you’re thinking – “Ummm…wouldn’t that warrant being escorted out by security, and possibly the police? I mean I’m a thrill seeker but come on Rego, let’s be reasonable.”

Don’t worry – while grabbing two putters and creating a spontaneous mini golf course through the museum, using priceless works of art as obstacle courses and being chased, arms flailing through a museum sounds both fun and amusing to some, I would never suggest that to you (key word, to you).

I also advise watching your temper when the ball doesn’t want to play nice.

Instead, I’d like to introduce you to the more legal and socially acceptable method – Mini golf at Coral Gables Museum. Two cheers for innovative thinking. Since it’s only available to play July through the end of September, it’s something you want to neither pass up nor miss.

The facility is entirely located indoors, meaning no sunburn or unruly sweatiness for you…or your date. It’s a perfect date spot, in case you didn’t notice. Not so much for friends – unless  you want to be kicked out due to shoving the younger kids off any given designated hole when they’re taking too long. So again, my suggestion? Cute date spot. Friends?  Not so much. K.I.S.S…..keep it simple, stupid….and you’ll be revisiting your childhood before you know it.

The best part is, it has a concession stand with a full bar. Yeah. So take that childhood, mix it with a bit of adolescence, progress a little further to adulthood, and you’ve got yourself the best of three different worlds.

Have a great weekend. 😉

For The Weekenders: Jet Packs and Dolphin Dives, Record Store Boozing, Museum Mini-Golfing is a post from and appeared first on Rego’s Life