This week I really wanted to talk about main aspects of business where you see a lot of articles written about but rarely ever really discussed…it’s usually the cookie cutter version you see, but never the real side.

So I thought I’d talk about how the three points – leadership, justified anger, and professionalism all tie into each other, but are seldom used together successfully.

While all of these may be true, the other critical parts are kind of, shied away in the corner. What about leaders who show consistency? Resilience? Who are quick to make a decision AND slow to change their mind? Or, how about a leader who knows how to project the image of leadership but not the image of a tyrant or jackass?

Many times, especially today, leaders are thought to be powerful and feared, with a sort of dictator-type presence to them…fear and intimidation are taught to be the defining attributes of a good leader, having everyone tremble when you walk into the room…pair it with a hot temper when an employee screws up or doesn’t deliver, and you’ve got yourself an office nazi. 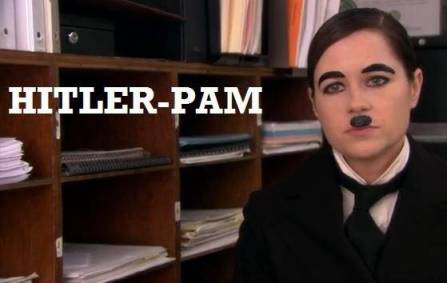 But really, when we think about it, it’s this type of fear that causes many of a leader’s subordinates to begin developing a smoldering, slow resentment or disdain for their supervisor, which can have more detrimental than successful results.

While the whip and sheckels tactic may have worked for some of humanity’s prior ancestors in the days of Egypt, what many corporations today don’t realize is that this kind of method can make a company lose tons of money.

The way a business owner, manager, or any kind of supervisor treats their employees or subordinates plays a big role in productivity, work efficiency, and morale…and frankly, I believe these are the things that are being sorely overlooked nowadays.

Sure, you may be able to get away with barking at Joe’s back all day everyday for a week because he’s the new kid on the block, but within a month there is a high probability Joe is going to feel frustrated, stressed, angry, and non-chalant about his job, and he’s pretty much going to experience a huge morale drop.

Joe also may become a tad edgy. Just a tad.

This kind of thing would then create a domino effect of decreased work performance, meaning more mistakes, less attention to detail, and even a “fuck it all” attitude towards any work that gets pushed Joe’s way. This ultimately leads to overall sub-par effort and a decrease in company profit.

The sad part is Joe could be a really great employee. I’ve seen so many employees who put 300% effort into their work get metaphorically kicked around and abused, or short changed and taken advantage of by employers who don’t realize they’ve hired a potential gold mine, if they just changed their leadership tactics…these same employees eventually give up, instead kicking themselves into “auto pilot mode” and giving at most 75%, feeling like work is a never-ending  spiral of monotany.

Hell, whenever I used to do hiring and even present day, I look for many things average employers don’t – and I’ll turn down many who try to kiss my ass on the first meet.

I believe employees should be directed as such: I like to make sure my hirees know responsibility, accountability, self-confidence but humbleness, and knowing when and how to stand up for themselves. I’ll treat my employees as my equal so long as it’s understood the respect is on a contingent basis of their performance and responsibility for their own actions.

They have to, have to, HAVE TO, be the type to own up to their mistakes without fear, or fear of judgment. Everyone fucks up sometimes, but admitting you did takes courage – and courage shows initiative – and initiative shows leadership.

If an employee shows me genuine effort – which doesn’t mean working themselves to the bone – and knows how to maximize time efficiency while showing independent thinking, I grab such a person and hold onto them by treating them as a business partner – not a subordinate. 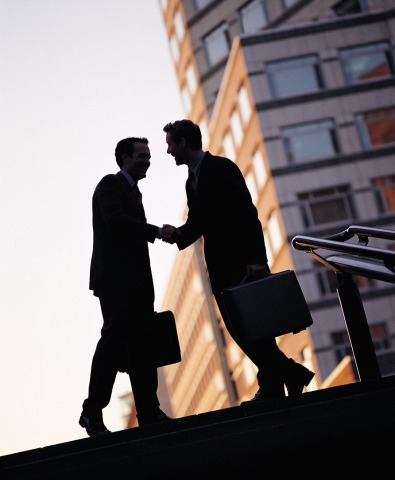 Because when you think about it – everyone is a partner in business, it’s a team effort. If one “gear” stops working or is neglected, eventually the whole machine starts having problems.

So I treat my employees as my equal, and when disciplinary action arises, enforce it. After all, whipping a horse so many times will only make it become numb to the feeling after a while.

This leads me to my next point – justifiable anger. So many employers nowadays look at aggression as a power tool, showing dominance and “who’s boss”. Little do they realize this type of controlling attitude long-term gets them nowhere.

I tend to think the opposite…because anger is a two way street. A supervisor could think that consistently seeming angry at everyone in the business is equivalent to running a ship with an iron fist, but what they fail to realize is that through the false anger – legitimate anger can materialize – on the employees side.

Jusitifiable anger can be defined by examples such as this: If an employer constantly barks at and criticizes the employee that is doing their work, as mentioned earlier, eventually this employee can, and will develop a slow, smoldering resentment towards their supervisor.

This is justified anger. The same way some employers who have administrative assistants, get the people who work under that job title to run millions of errands for them. The admin assistant may carry out everything to a T – but if it’s eating a huge hole in their pocket, eventually that assistant will begin to become stressed due to unnecessary financial expense variables they had not originally planned to come out of their wages…and by becoming stressed become irritated…and irritated then becomes aggravation, and aggravation becomes frustration…and frustration, anger.

When you have employees in this state, the power of persuasion is powerless. Hence why many supervisors find themselves only getting employees to carry out a task one of two ways – through forced command, or half-assedly…and they wonder why.

The funny thing is, the whole concept of how to treat an employee, or any person for that matter still boils down to the one rule everyone learned in kindergarten but always seems to forget as they age:

This doesn’t mean just being nice to someone – it also means when problems arise standing up for yourself, and expecting other to do the same.

Such a simple, no-brainer rule…yet still many seem to forget. Sure it may sound silly to some – but this rule can get businesses – and anyone really, on the right track and in line with the prosperity they’ve been looking for. It also makes for a stress free environment. Who doesn’t want that???

I highly recommend checking out All I Really Need to Know I Learned in Kindergarten, by Robert Fulghum. It’s a read you won’t wanna pass up.

Musings Episode 6: Leadership, Justified Anger, and Professionalism is a post from and appeared first on Rego’s Life