This weekend is all about one thing – getting out there and actively having fun…and don’t let the title fool you. Embracing literature can be fun – especially when there’s beer. Enjoy.

The lineup this week is pretty special. This weekend is all about spreading yourself amongst family, friends, and lovers…or, if you prefer it, just telling everyone to fudge off and getting lost in some of Oscar Wilde’s writings.

You get the idea.

So what would be the most appropriate way to kick things off? Well, pardon the pun but “kicking” is the first thing you’ll be doing. Except on a golf course. And no…we don’t mean your caddy who ill-advised you on that shot over at the 8th hole that was a Par 4, guaranteeing it’d “be an easy eagle.”

Golf just went and got hybrid with things. What I mean to say is, if golf and football (soccer) went and had a baby, they would name it this sport: FootGolf. 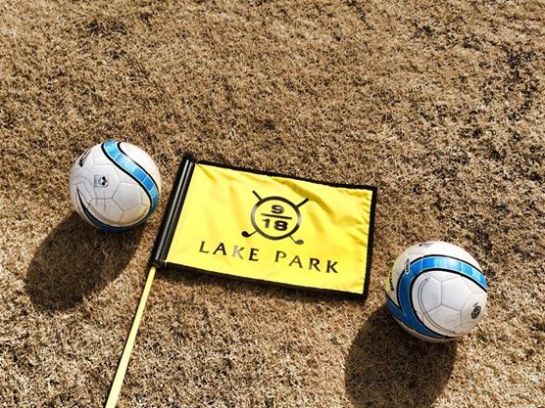 The concept is fairly (pun not intended this time) simple. You get a few friends together, and make sure you’ve got the right kit – this means ditch the shin guards, and bring along a smoking pipe or two and a nice golfing cap – you wanna keep things classic. They do it up proper with an attire list.

Book a tea time, but don’t sweat it if it isn’t at some ungodly hour in the morning – when it comes to FootGolf over at Lake Park they make sure you can play as late as you want…in fact, when it comes to weekends it’s anytime after 4. So yeah, this is one time you can banter with your grandpa about how “the early bird gets the best worm” and tell him to shove it.

For those of you who haven’t ever heard of FootGolf, the game is played almost exactly like regular golf – only with a football. Water hazards, playing the ball from where it lands (whether behind a tree or not) and waiting your turn to play are all still required. The only difference is you have no golf club to wrap around the nearest tree in the event a water hazard does happen.

If you find a way to wrap the football around a tree though…call me.

The best part about FootGolf? Next time you’re out at a lounge sitting around with your friends and bragging about how you got that hole-in-one on a par 3, it’ll actually get some attention – once you mention how it was all done with a football.

Let that sink in for a minute.

Then proceed to leveling up in awesomeness.

This next one’s for the family. You know, for those times when everyone decides it’s time to have a random reunion and it just gets more awkward by the minute. The questions of marriage. When you’re gonna “settle down.” What ever happened to that person who you dated briefly during your excursion in Asia. Whether or not you finally got a “real job.”

All that can be avoided by heading over to iFly and watching somebody’s dentures fly out of their mouth (I promise this isn’t directed at any specific old person…somehow this just seems to be my trend of thought in writing right now).

What is this iFly I speak of you ask…? Oh nothing too special – except for indoor skydiving. 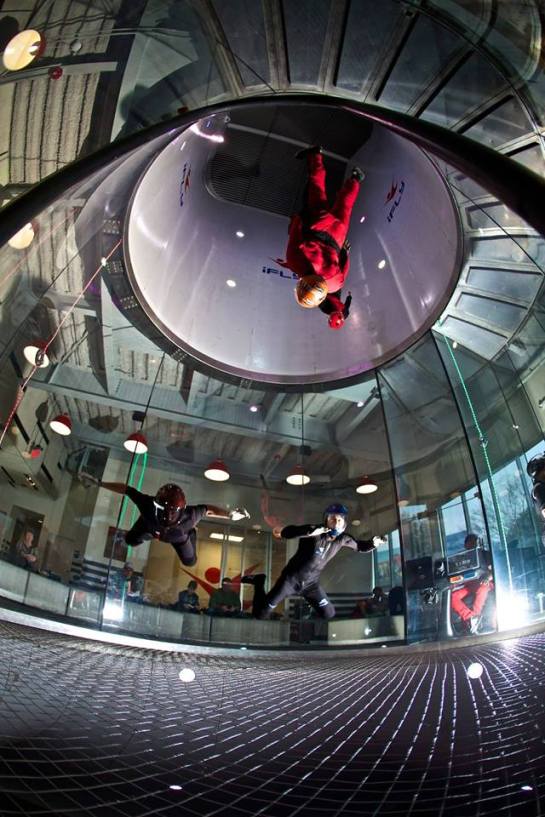 iFly has great packages – for first time flyers and experienced ones alike. So bring 5 of you most (or least) liked family members and prepare to watch them as they pushed and suspended into the air with wind gust of over 150 mph+. Get the family package and you can get 10 flights or 5 double flights, plus a video of the whole thing.

There’s just something funny about seeing someone’s facial skin flap in the wind.

Best part is you get to experience all the thrills of skydiving without the risk of jumping out of a plane and…you know…like…dying.

Plus this is one time you can have a legitimate excuse to act as on of your favorite super heroes. I vote Iron Man. Superman’s cool but…tights? No thanks.

Now what if I told you after all that excitement, you could call it a day, curl up with a book and your at-the-moment favorite sweetheart, and enjoy a nice cold beer.

Yes, the concept of this being possible in a public environment is completely real…just head over to The Wild Detectives.

If Sherlock Holmes had a hangout spot, this would be it.

To describe what The Wild Detectives is interesting to say the least. It’s a bookstore. But it’s also a bar. They serve coffee…have wine tastings, and book readings. Simply put, it’s a place where you go to grow up without risking being boring. A place to fearlessly be intellectual without getting too serious.

Come to think of it if alcoholic beverages and comfy seating were offered at the library when I was in university, I probably would’ve been way more productive than I already was.

It just kind of follows the whole trend of write drunk, edit sober.

I mean there were pubs on practically every corner…why not just add one where students like going the least?

Reasons they’ll like it: They get to exercise their brain and pour their thoughts out about the writing of Ralph Waldo Emerson and American Transcendentalism in a place that smells like…vintage.

Reasons you’ll like it: With just the help of a few words and reading cliff notes (joke), you’ll get to have an entire conversation created for you that’s easier to listen to with the aid of beer and wine, while having a perfectly good excuse to look at someone’s Aphrodite/Adonis-like face without seeming awkward but instead, highly attentive.

For The Weekenders: Books and Booze, Indoor Skydiving, FootGolf… is a post from and appeared first on Rego’s Life