Life can get pretty boring….IF, you don’t know what to do with it.

But humans are pretty creative…most times. The same way some people always seem to create problems for every solution offered, thankfully, there are others who also create different ways to enjoy life, for every location ventured.

Let’s have some fun. 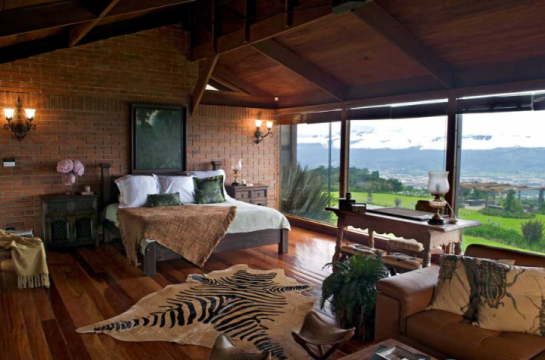 Let’s be honest – the weather has been pretty crazy (not to mention shitty) around the world for a while now. It’s gotten to the point where if you can’t beat it, it’s better to just go with the flow.

Rather than kicking the snow, cursing the rain, or shaking your fist at the sky, just stop for a minute…

Weep quietly to yourself (but only briefly)…

Then surrender to mother nature with a bit of polar snorkelling.

Into the drink I gooo….

Head to the South Pole again this year, book an expedition with Aurora Expeditions, and turn some lemons and ice into chilled lemonade (maybe with a sprinkle of vodka? gin?).

Don’t think of it as having to endure more cold weather – no, instead, look at it as a way to try something new, develop a bragging right, and put some hair on your chest (unless you’re a woman – just skip that visualisation).

Just imagine you’re playing Assassin’s Creed 3 as Connor, during the side mission “Ghost Ship” – except you’re actually there.

You will indeed get to discover ship wrecks, off shore islands, sheltered bays and amongst all that – glorious wildlife, just like in the video game.

The only thing you’ll probably lack is Connor’s ability to kill anything that moves – so please, don’t antagonise the seals.

You’ll need about 6 friends to bring along, mainly so you can show off – but also so you can book the activity.

Just don’t get too adventurous and wander off by yourself – hate to see you get lost.

Plus it’s a real pain for the guides to try and find you.

If you’re a bit more faint-hearted, or just can’t stand the sight of snow, it’s cool (….mild pun intended), I’ve got you covered.

Maybe you just need a little something to get the blood flowing.

That’ll really work up a sweat.

Do you see where I’m going with this?

Yes – exactly, a taste of some Southern comforts – like fried chicken sandwiches.

What? You thought I meant something else?

Get your head out of the gutter.

Anyway, back to the sandwiches.

There’s this place. It’s done its research on Southern comforts…and it really lets, in the words of Trae Crowder the good south shine through. 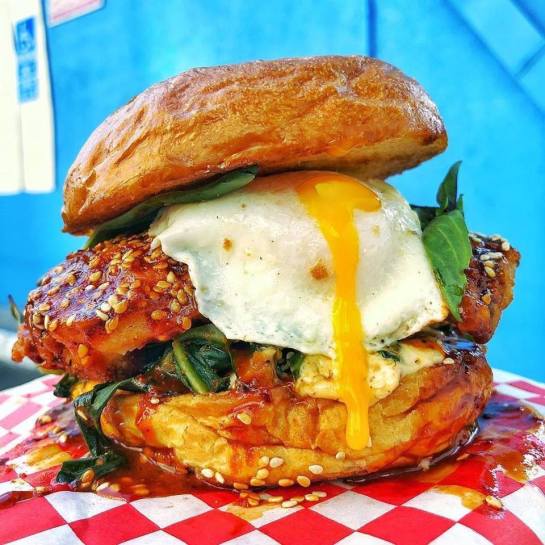 South City Fried Chicken has taken parts of the hearts and souls of different states and brought them back to L.A., to create ridiculously tasty, juicy, and flavorful I’ll-take-three-please fried chicken sandwiches (seeing as you’ll be doing the WellRED comedy tour in that area, how about putting in your two cents, Trae – you think they let the flavors of Tennessee shine through?).

You’ve got a lot of options to choose from. If I had to pick my favorites, I’d say try the Austin, TX, New Orleans, LA, and the Birmingham, AL.

For a real cultural explosion, try the New Orleans first. The collard green kimchi and creole remoulade is bound to make its way onto your list as a cheat meal staple.

There’s plenty to choose from though, so don’t just take my word for it.

The best part is, this isn’t your run of the mill chicken burger you pick up at KFC. No, sir. They source sustainably, make the sauces from scratch, and fry your chicken to order.

So show a little patience, and enjoy the end result. 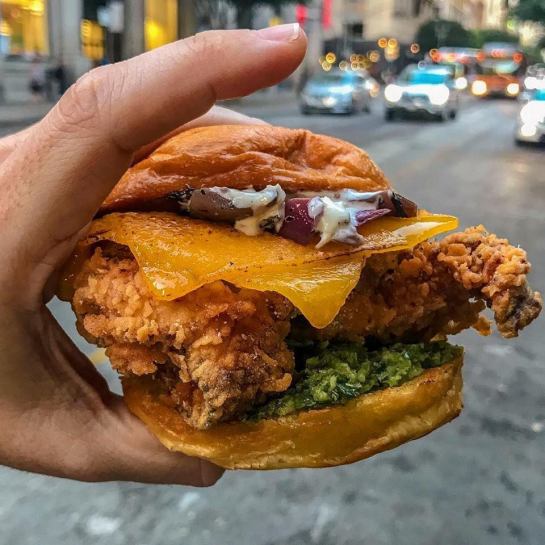 That white sauce, tho.

The south never was one to rush things anyhow.

If your stomach’s full and you wanna head even further south, I recommend Central America. Why? Well…

I’m always a fan of adventure. It probably explains my love for travel, or movies and video games that involve travel.

So whenever I find out I can get the two combined, it keeps me pretty happy.

There have been some people along the road of life who I’ve met that don’t share those same sentiments. 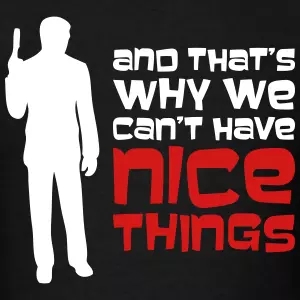 Fortunately, the people at Hacienda Santa Inés, share my sentiments, by providing a far, far away from it all (read: those types of people) getaway.

If the rugged outdoors is your thing, combined with lush green outdoor views and all the comforts of modern life, this is the place to be.

So here’s how it’s gonna go down.

Charter a flight to Juan Santamaría International Airport in San José, Costa Rica. Don’t worry about anything from there – Hacienda Santa Inés will take care of transportation from the airport to Santa Inés.

You’ve got a few options – bring a bunch of friends, friends and a play date, a play date, or family and friends (but never a play date and family, else chaos will ensue – and no, I’m not talking about infidelity – shuddup). Or, if you’re married with kids – I mean hey, that works too.

Clearly, there’ll be plenty to do here.

Seeing as it’s private property and not open to the general public, you don’t share it with any other guests, so you’ve got the whole thing to yourself – that and about 25 staff to help out. You know – private chef, massage therapists, chauffeur, the usual.

There’s no check-in/check-out times, proving that every now and then throughout your life, the world does revolve around you.

Seeing as you’ve got all this acreage to explore, you can either run around the yard like Lassie, or do something more sensible.

Opt for the latter, because there’s a lot to choose from.

If it were me, I’d wind down after the flight in the dry sauna, or the Jacuzzi with someone sexy, or go for a massage before the real fun starts.

After, grab something tasty to eat (being a pretty face with an impressive physique takes work), but don’t worry – there’s no fixed times.

Eat what you want, when you want (just say the word with your event coordinator) before lounging and relaxing with your play date and a group of friends in the bar and games room.

I will end you, at table tennis and foosball.

When you’ve had your fill of lounging, take that loosened up body and brave the rugged outdoors.

No, not nature walking (pfft…lame).

Not anything that has to do with tiny tots or senior citizens (though I’m pretty sure Uncle Carl would break a hip if he hiked anywhere).

First, get your adrenaline flowing with a bit of quad-biking. Hop on some ATVs with a few friends and go wild, until you arrive in unfamiliar territory. 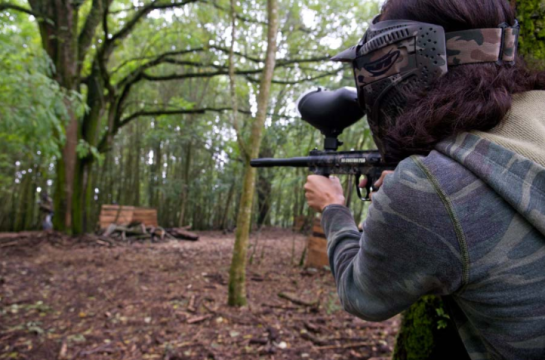 So now would be an ideal time to put all you’ve learnt from Sun Tzu’s The Art of War and Machiavelli’s The Prince to good use, in combination with your mad paintball gun skillz.

You could just wing it, and hope for the best…before falling into a trap like a wide-eyed doe and quickly getting flanked from all sides…

Shit. Well, it was good knowing you, boys…

Or you could strategise, wait patiently, and claim your kill(s) by slowly picking them off one by one…then proceed to show off your victory strut when you’ve finally tagged the last adversary.

When you’ve had enough fun, retire to your bedroom for a shower, hot cup of chocolate-infused coffee, and stare out at the amazing view that lays before you…

Not on the bed.

For The Weekenders: Assassin’s Creed Adventures, Southern Comforts, Tactical Warfare… is a post from and appeared first on Rego’s Life